Benefits of Connecting with Nature

There are huge benefits from allowing our children freedom to spend time in nature and explore the natural world.

A recent report, Natural Childhood, commissioned by the National Trust, and written by Stephen Moss, one of Britain’s leading nature writers, examined the modern phenomenon known as ‘Nature Deficit Disorder’ and the importance of changing this to enable our children to reconnect with the natural world.

Statistics show us that children are living increasingly sedentary lives, partly due to the increase in screen time and the convenience of cars in our often hectic daily routines. Other contributory factors include ‘stranger danger’, our risk averse culture with regard to children’s safety, and an enormous increase in traffic on the roads, posing a threat/danger. But research demonstrates the wide-ranging negative impact on children of a lack of engagement with nature, including mental and health concerns, a decreased ability to assess risks and a decline in emotional resilience.

Other research has investigated how ‘nature connectedness’ and ‘noticing nature’ have a significant impact on improving wellbeing, and is associated with lower levels of depression and anxiety. Children were more likely to report feeling happy when carrying out activities such as relaxing in nature, celebrating natural events, and experiencing behaviours including smelling wildflowers, listening to birdsong watching the sun rise and the clouds in the sky.

About the Author: Helen Griffiths

Helen is a creative director and designer, holistic health practitioner and mother to a very active 5-year-old 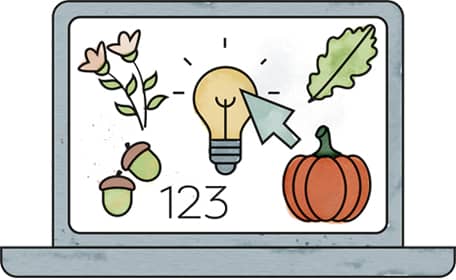